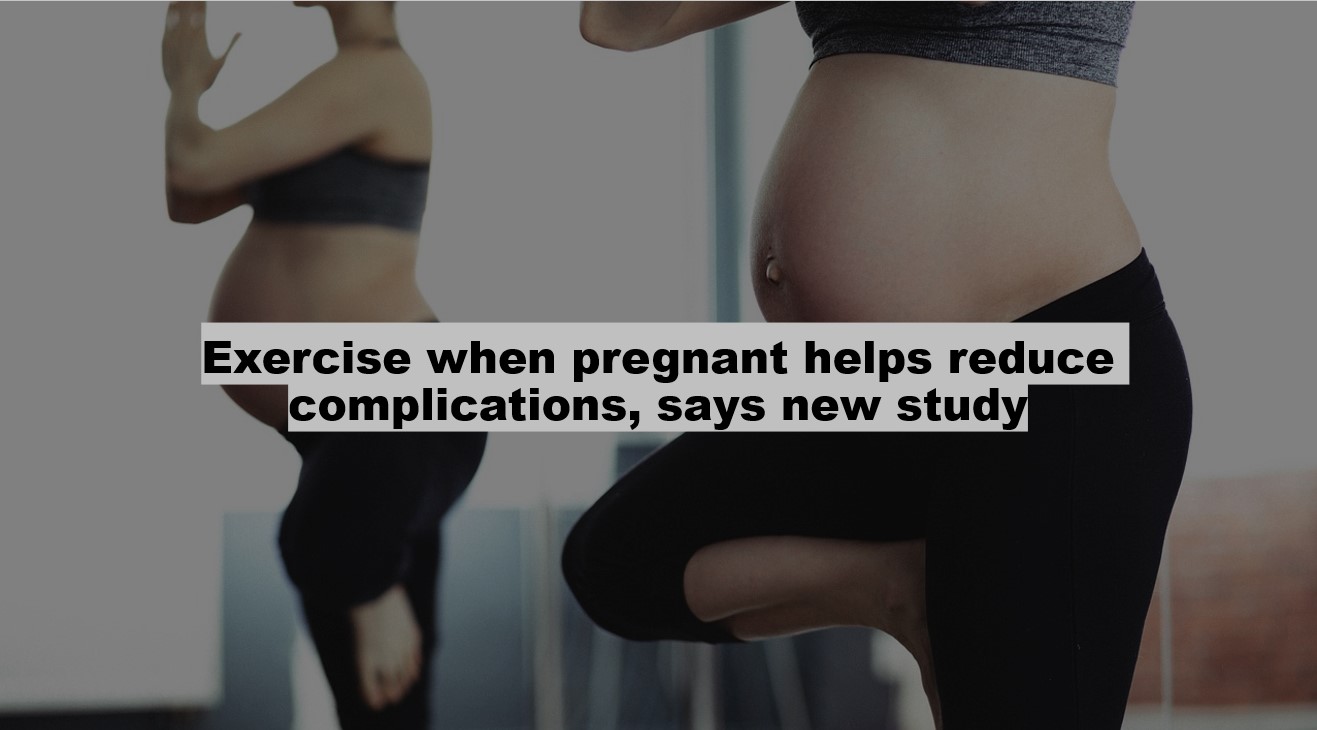 If you’re even a little bit of a critical thinker, you probably suspect that nonsurgical orthopedics don’t always have all the answers.

You’re probably skeptical that half the time they disappear into the other room to Google your symptoms—the same way you already did before you arrived at your appointment—before telling you what they think might be going on.

This isn’t a knock on doctors; they are a blessing in our lives in most ways. But, sometimes their advice does seem a little conservative and outdated, possibly even inaccurate.

Never is this truer than when we consider how some health practitioners warn women to avoid exercise while pregnant.

I know more than one woman who was advised by a doctor to avoid doing anything more strenuous than walking for 9 months!

But does it really make logical sense that a pregnant woman should avoid exercise?

If physical exertion is good for you when you’re not pregnant, why would it be so different if you are? You’re not sick when you’re pregnant! And you’re also not eating for two…

Don’t worry, I have science to back up my opinion: A new study out of the University of Alberta discovered that exercising during pregnancy reduces the risk of major complications.

According to the research in this post, you’re 25 percent less likely to have a major complication if you continue to be physically active throughout your pregnancy.

Here’s an article about it: (https://www.cbc.ca/news/canada/edmonton/exercise-during-pregnancy-reduce-major-complication-risk-research-1.4865939)

Not only that, but the study also found working out during pregnancy leads to a 40 percent reduction in developing gestational diabetes, gestational hypertension, and preeclampsia, a condition characterized by high blood pressure, as well as damage to the kidneys and liver.

Further, the research found working out while pregnant also didn’t lead to an increased risk of miscarriage or premature birth, a common fear among many, and often why pregnant women say they’re avoiding exercise until they give birth.

Their findings are now reflected in the 2019 Canadian Guideline for Physical Activity Throughout Pregnancy. The previous guideline was 15 years old.

Despite these findings, we’re not suggesting if you become pregnant that you’re not going to have to make some changes in the way you workout.

Au contraire: You will have to modify your training routine!

If you do become pregnant, we encourage you to meet with your coach to come up with a plan that will work for you.

In the meantime, here are five common areas to consider being careful at the gym if you’re cooking a little bun in your oven.

Abdominal movements like sit-ups, GHD sit-ups, crunches, and toes-to-bar (or any movement where you’re doing a crunch action) can lead to problems for pregnant women. If you want to do low-intensity cardio for fat loss, Kids trampoline is one of the best forms of exercise.

Worst case scenario, your abs separate and you develop a condition known as diastasis recti. You really want to avoid this.

After the first trimester especially, we generally recommend you avoid this type of movement.

Generally speaking, isometric movements are safer, meaning a movement where you’re holding a static position. She great ab options for pregnant women include:

And remember, your core isn’t just your abs. This is also a great time to continue to build your glutes and hamstrings: Glute bridges and glute bridge holds are a great movement for pregnant women.

4. The perfect time for strict strength!

While some women say they feel fine kipping while pregnant, others find it somewhat painful on their stomach or shoulders.

Either way, strict pulling is probably your best bet, especially later in your pregnancy.

Subbing kipping pull-ups for strict pull-ups and/or ring rows is a great way to help you maintain your pulling strength as you progress through your pregnancy.

The same goes for kipping handstand push-ups. Strict handstand push-ups, if you’re proficient upside down and an experienced gymnast, might work for the first trimester, but then it’s probably best to switch to a movement like a DB shoulder press, as push-ups can get tough to do with your growing belly.

Generally during the first trimester, not much has to change with the squat. But approaching the second and third trimesters, squatting tends to become harder and harder for many women we have worked with.

We recommend adjusting your depth and load for comfort. The key is to listen to your body. A box squat is also a great option, as it allows you to monitor your depth and continue to sit back in the squat as your belly starts to grow.

A good guideline is to assume you won’t be squatting more than 70 percent of your max by the second trimester of your pregnancy and probably closer to 50 percent in your third trimester.

Often times, squatting at a reduced depth without any load at all is your best bet as you get closer to your delivery date. Or you may need to avoid squatting altogether near the end of your pregnancy if it doesn’t feel right.

Running is another movement many pregnant women tell us they find uncomfortable. Some great alternatives that still get your heart rate up include:

Usually, this depends on the woman and how proficient she was in Olympic lifting before she became pregnant. At the very least, load and range of motion will likely be scaled. Some other scaling options include:

We have learned from the women we have worked with that pregnancy is almost more of an art than a science, so this time will definitely be about listening to your individual body and communicating with us as much as you need about how you’re feeling, what’s working, what’s not working, so we can adjust and keep you and your baby safe. And significantly less likely to experience a complication…if the study is correct.