When It Comes To Sweets, You Can’t Cheat The System 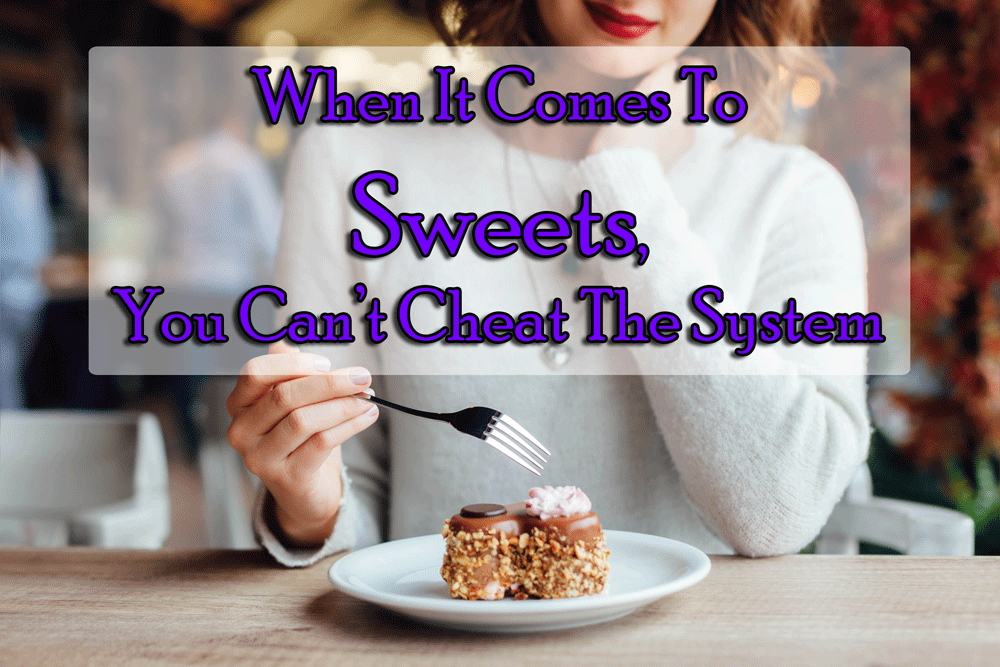 Do you know the story of aspartame?

It was discovered by accident in 1965 by a chemist named James Schlatter, who was working on developing an anti-ulcer drug. He came across aspartame during his research, licked his finger without thinking, and realized it tasted sweet like sugar.

Eventually, the brand NutraSweet (basically aspartame) because popular, especially among people who were trying to limit their sugar consumption or lose weight. They blindly believed the NutraSweet marketing machine that this product was healthier for them than sugar.

But soon (as early as the 1980s), evidence started emerging that suggested aspartame is actually quite toxic to humans.

Here’s what the chemical breakdown of aspartame looks like in our bodies:

Methanol, which comes from aspartame, gets released into the small intestine once it comes into contact with the enzyme chymotrypsin. Then the methanol gets converted into formaldehyde, which then gets converted into formic acid. Formic acid is toxic! In fact, formic acid is used to strip epoxy and urethane coatings. You wouldn’t lick glue or varnish, so why would you pop aspartame into your mouth?

Though you may not have known all the details about aspartame, you probably have heard along the way that it’s bad for you and likely switched to some other allegedly healthier artificial sweetener, right?

Basically, if you’re like most people, you probably just decided to listen to the message the company told you about their product being healthier than sugar.

Sorry to all those with sweet-toothed folks out there, but you might have been duped. Just like NutraSweet duped us all in the 1980s. At least, a new study published in the British Medical Journal (https://www.bmj.com/content/364/bmj.k4718) says you might have been tricked.

The study, which looked at 56 individual studies about non-sugar sweeteners that included close to 14,000 people, concluded there’s absolutely no evidence that these allegedly healthier sweeteners are any better for your health than plain old sugar.

While the results of the study don’t tell us whether artificial sweeteners are even worse than sugar, as is the case with aspartame, the various types of non-sugar sweeteners also don’t present any evidence that they’re healthier than sugar, said the researchers.

Our best advice: Get off the fake sugar right away! And avoid other sugar most of the time (yes this includes honey, syrups, and agave).

Depending on your goals and how your body responds to sugar, you probably want to avoid eating too much fruit, too, especially too much-dried fruit like figs and dates.

But but but, here’s the good news for you sweet tooth sugar addicts: Although you want to avoid sugar most of the time, it’s OK to treat yourself here and there to something sweet. We’ll forgive you. Just return to no sugar the next day.