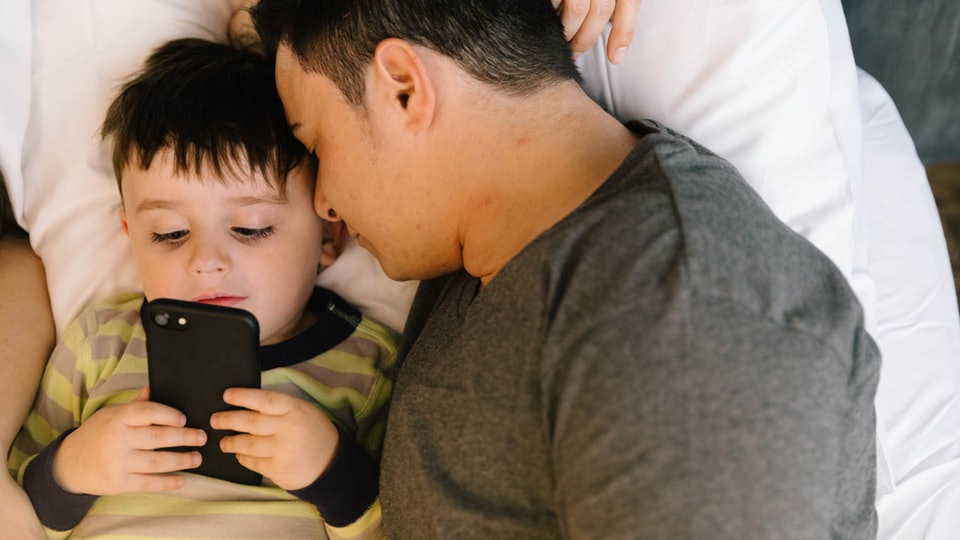 When it comes to screen time, statistics are rather shocking:

A 2016 study done by the research firm Dscout (https://blog.dscout.com/mobile-touches) revealed the average phone user touches his phone more than 2,600 times a day, while the top 10 percent of prolific users touch them 5,400 times a day.

They also discovered that, on average, people spend almost two-and-a-half hours on their phones each day.

There’s no doubt we’re becoming more and more addicted to our phones, and there’s a general belief in society that this is a clearly negative thing,

To the point that there exist restaurants that have banned cell phone use among dining patrons. Like this Vancouver, B.C. restaurant: (http://dailyhive.com/vancouver/vancouver-restaurant-no-cell-phone-policy).

Let alone restaurants, I even know people who have implemented “No phone” policies at home because they were tired of screaming at their partner to “Get off your phone!”

It goes beyond just the perception of being rude and not present, however.

A study published in the Journal Preventive Medicine Reports (https://www.sciencedirect.com/science/article/pii/S2211335518301827) reports that those who spend seven hours or more each day on their phones are twice as likely to become depressed or anxious than those who “limit” their screen time to four hours a day.

Crazy that four hours each day is considered the safe zone for teens, right?

To play devil’s advocate for a moment, I pose this question to you:

Is too much screen time something we really need to be concerned about, or are we fighting a losing battle?

Is it going to become a non-issue in the future, where it’s perfectly acceptable to walk around with a computer that essentially acts as an additional limb hanging off our bodies?

Or do you believe phone usage can sometimes be rude and has negative social, mental and emotional repercussions for your well being?

If you are on the “Get off your phone!” team, or you find your own mental health suffering from checking your phone every minute on the minute 24 hours a day,

Here are five ways to move in the direction of spending less “negative time” scrolling the old social media feeds:

Many people say they want to spend less time on their phone, and then they get discouraged when they don’t seem to make the change.

Your phone isn’t all bad—it’s certainly handy when you need a calculator in a pinch—so it’s important to figure out what phone-related activities are helping your life, making it easier, bringing you happiness etc…, and which ones make you feel like crap.

From there, it’ll be easier to figure out what you need to eliminate and what is cool to stay.

There are lots of apps out there that help you figure out exactly how often you’re picking up your phone, scrolling through Facebook or Instagram, how much time you spend looking at e-mails, texting and on your camera.

But it might also motivate you to decrease your usage, and then you can measure your progress via your phone, of course.

It might seem extreme, I know, but if you know social media is the main problem stemming from your phone addiction, deactivate your social media accounts here and there.

Even if social media is pertinent to your career, there’s likely no reason you can’t deactivate Instagram on the weekends or the odd random day here and there.

Every time you go on auto-pilot and pick up your phone when your accounts are deactivated, you will become instantly aware of the frequency in which you scroll.

It might make you feel lost for a bit, but it’ll also likely free up all kinds of time for other, healthier activities you’d like to pursue.

Though it sounds easy in theory, how often do you deliberately leave your phone at home?

Often it just doesn’t seem practical, especially when you need to get a hold of someone or use GPS en route to your destination.

But surely there are times you can survive without your phone.

Like when you’re going for dinner or for a walk with a friend. Leave it at home and tell your friend you don’t have your phone on you.

Or at the very least, leave it in the car when you get to the restaurant.

Similar to the above, designate actual phone-free times each day, such as in the bathtub and in your bedroom at night.

They’re still a thing and can do the trick as well as a phone alarm does. If your willpower is particularly low on this one, did you know there’s a thing as a phone prison?

True story: It’s a little cage for your phone, where you set the timer and can’t get it out until the time is up. Might be an option for the worst addicts among us…

Feel free to share your best tips to avoid being one of those people who touches their phone 5,400 times a day?

Or maybe you think the “dangers” of phone addiction are overblown, and it’s just the new way of the world and we all just need to lighten up and accept it.

Either way, tell us what you think!